The regiment was composed of three battalions that started the war scattered through the entire Peninsula. I’m going to explain each battalion in detail.

January: Present at Corunna (16/11) but does not take an active role in the fight because the battalion has left several garrisons on the road. Fights at El Ferrol (24/01) losing two officers.

January: After the withdrawal from Portugal the bon. garrisons the area Valladolid-Palencia.

November: Garrisons Zamora province were some skirmishes against Julian Sánchez guerrillas occurs at Puente Santo (21/11) and Fuente Sauco (24/11) in this last one only 50 men are involved.

Was at Abrantes (Portugal) with 755men. Corps Junot, Thomieres brg.

April: Moves from Lisboa to the Alentejo

July/August: Garrisons the fortress of Elvas.

With the convention of Cintra the regiment is returned to France.

June: Fights at the first battle of el Bruc (06/06) forming the vanguard of the brigade and taking several casualties.

November: The 3rd bon and the detachment of the 2nd are amalgamated in Barcelona counting around 400 men.

In Catalonia until 1814 that returns to France.

I have only painted one battalion (of course). As I'm painting mainly units that fought in Catalonia, this unit should be the 3rd battalion of the 2eme suisse.

28mm miniatures from French Line Infantry from Victrix. Painted with Vallejo. The shadows and varnish are from The Army Painter. Flags from Maverick Model Flags 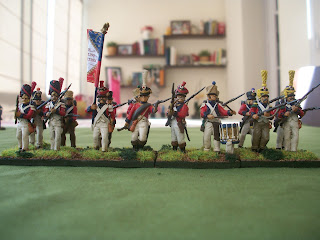 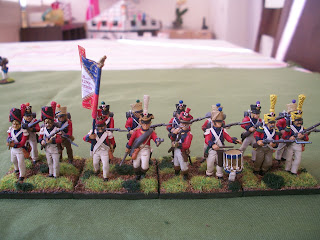 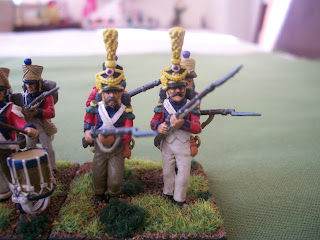 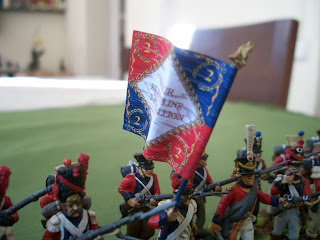 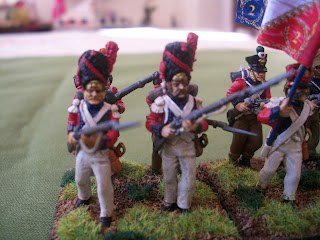 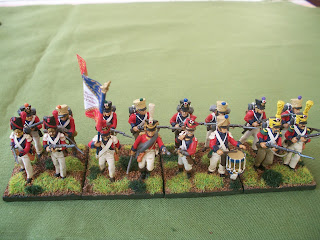 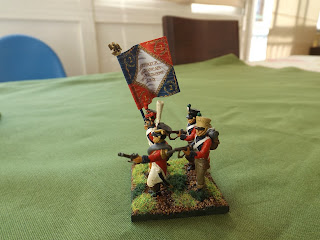